Detained last year in Lille, the US has recovered the Master’U BNP Paribas beating Britain 4-1 today in Grenoble ! 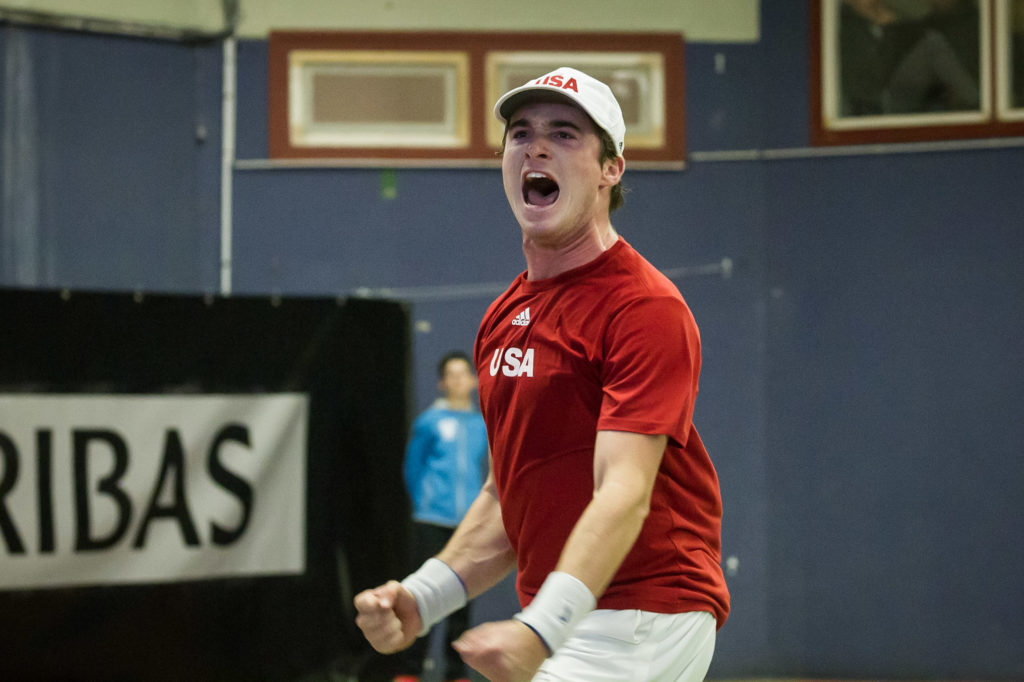 For a year now, Greg Patton and his band have been waiting for this day. Put your hand on the Master’U BNP Paribas. As in 2017, they faced Britain. This time, they did not let slip an eighth success on French soil in a final that has kept all its promises.

The break then the show

It was first Ashley Lahey who allowed the USA to take the lead thanks to a 6/4 6/4 success against Laura Sainsbury. Then Brandon Holt, the son of former world number 1 Tracy Austin who broke the gap by beating Isaac Stoute in three sets 4/6 6/1 6/4. From the third match, the final 2018 entered another dimension with the duel Maia Lumsden (No. 315 WTA) Maria Mateas (No. 303 WTA). It was finally the Brit who took the best of the student Duke 7/5 6/3.

For 2:20, Oliver Crawford and Jack Findel-Hawkins gave a sensational performance with 300 spectators on the central court of Grenoble. Impressive in the decisive tie-break, Crawford restored two points in the USA. Then remained to be concluded. The most difficult thing in tennis. And Jada Hart and Maria Mateas have almost collapsed after a terrible first set 0/6. But the Americans were able to remobilize to save four match balls and win the tie-break of the second set. In the super tie-break of the third, they had to wait for the sixth match point to overcome Lumsden and Sainsbury and thus close the 13th Master’U BNP Paribas. Team USA could let its joy burst out and lift its eighth trophy in 10 participations. 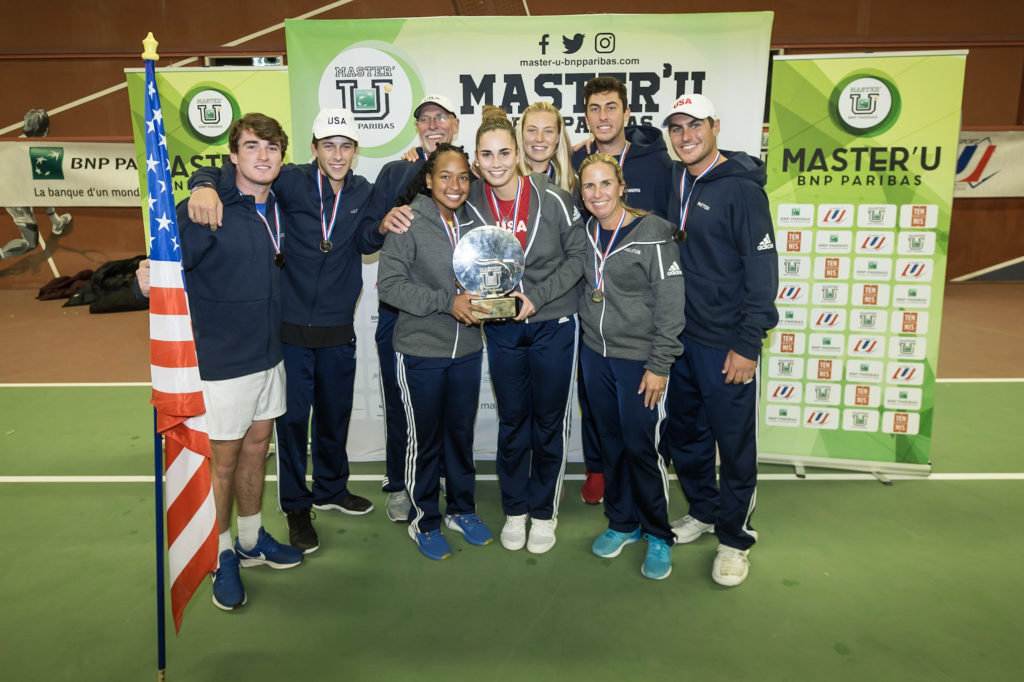