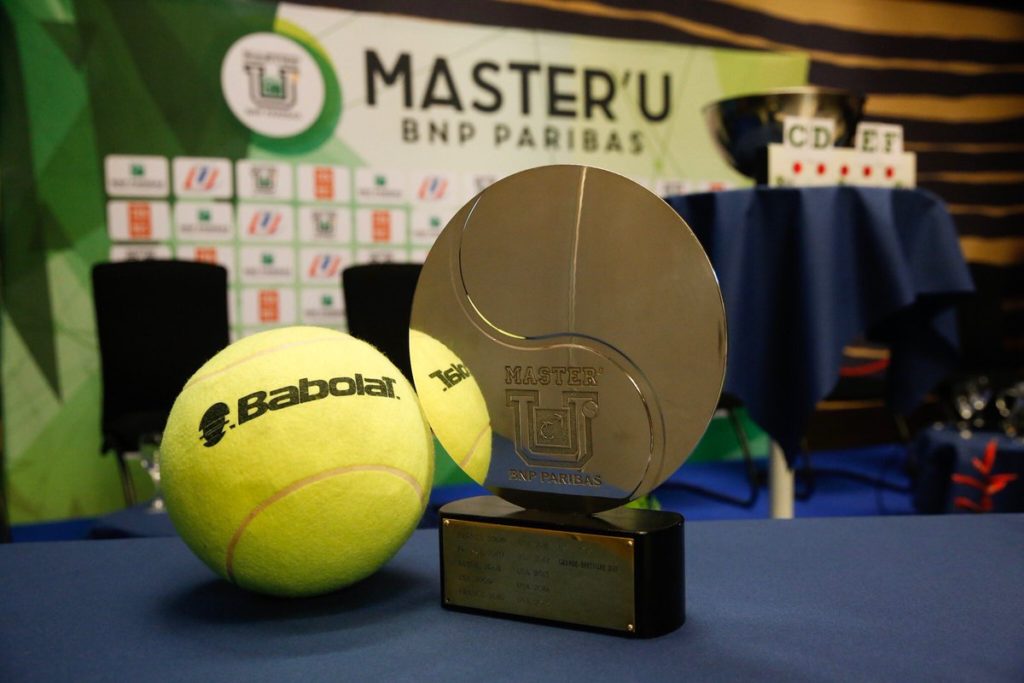 It was at Grenoble City Hall that the 13th edition of the Master’U BNP Paribas opened Thursday evening. After the official speeches of Eric Piolle mayor of Grenoble, Patricia Froissart vice president of the French Tennis Federation, and Jean-François Sautereau president of the French Federation of University Sports, a random draw has been set up. Tournament sponsor Julien Benneteau pulled a letter while Jimmy Hudry, a high-level biathlete student, aimed at a target with his laser rifle.

Delegations and the public could finally discover the posters of the quarterfinals of the Master’U BNP Paribas! A draw that will offer thrilling and tight games throughout the tournament.