As in 2017 in Lille, the final of the Master’U BNP Paribas 2018 will oppose Britain defending title in the USA.

It was almost the expected finale. Not for the French who had the ambition to shine at home, but it is indeed British and Americans who will meet tomorrow from 9:30 on the central court of the Auvergne Rhone-Alps Tennis League in Seyssins.

The defending champions will arrive on the court with the full of confidence in spite of a playing time much more consequent than their adversary. Manhandled by France in 1/4, the band of Alistair Higham was able to escape the German trap today in 1/2 final. If the matches were all hooked, the British have raised their level of play in key moments. 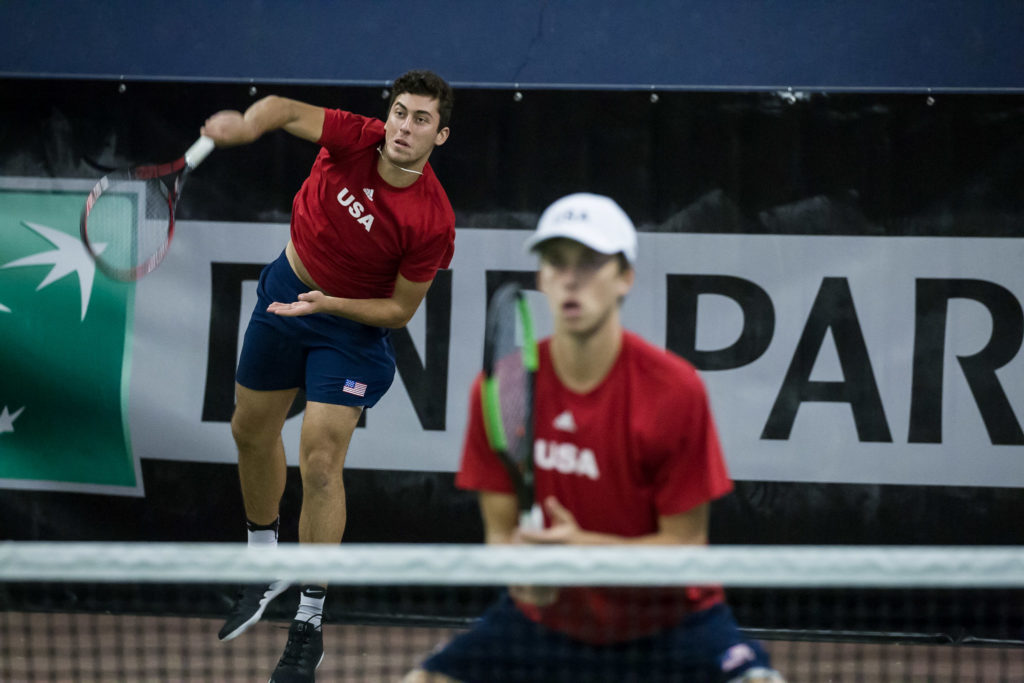 For their part, the USA faced a beautiful Irish opposition. Sometimes shaken up, the seven-time winners of Master’U BNP Paribas showed incredible strength of character because they could have left a point to Ireland. Whether with Ashley Lahey, Maria Mateas or Oliver Crowford, TeamUSA has sent a strong message. Nothing can stop them from reclaiming the title. If not a great team from Britain.

In the other games, France crushed Italy 7-0 and will face Belgium’s falling China in the decisive mixed doubles.